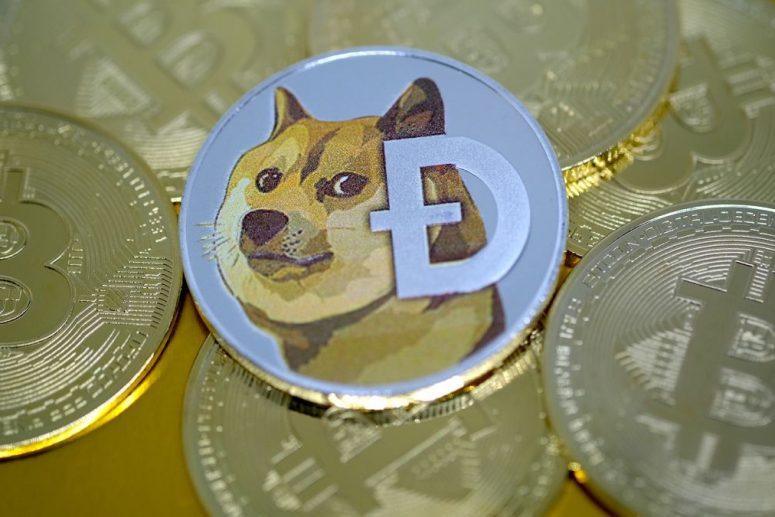 Dogecoin (DOGE) is a peer-to-peer, open-sourcecryptocurrency. It is considered an altcoin and an almost sarcastic meme coin. Launched in Dec. 2013, Dogecoin has the image of a Shiba Inu dog as its logo.

While it was created seemingly as a joke, Dogecoin’s blockchain still has merit. Its underlying technology is derived from Litecoin. Notable features of Dogecoin, which uses a scrypt algorithm, are its low price and unlimited supply.

Dogecoin started as something of a joke, but after it was created, it gained a following. By late 2017, it was participating in the cryptocurrency bubble that sent the values of many coins up significantly.1 After the bubble burst in 2018, Dogecoin lost much of its value, but it still has a core of supporters who trade it and use it to tip content on Twitter and Reddit.2

The History of Dogecoin

Jackson Palmer, a product manager at the Sydney, Australia office of Adobe Inc., created Dogecoin in 2013 as a way to satirize the hype surrounding cryptocurrencies. Palmer has been described as a “skeptic-analytic” observer of the emerging technology, and his initial tweets about his new cryptocurrency venture were done tongue-in-cheek. But after getting positive feedback on social media, he bought the domain dogecoin.com.1

Meanwhile in Portland, Oregon, Billy Markus, a software developer at IBM who wanted to create a digital currency but had trouble promoting his efforts, discovered the Dogecoin buzz. Markus reached out to Palmer to get permission to build the software behind an actual Dogecoin.3

Markus based Dogecoin’s code on Luckycoin, which is itself derived from Litecoin, and initially used a randomized reward for block mining, although that was changed to a static reward in March 2014. Dogecoin uses Litecoin’s scrypt technology and is a proof-of-work coin.4

Palmer and Markus launched the coin on Dec. 6, 2013. Two weeks later on Dec. 19, the value of Dogecoin jumped 300%, perhaps due to China forbidding its banks from investing in cryptocurrency.5 2

The Rise of Dogecoin

Dogecoin marketed itself as a “fun” version of Bitcoin with a Shibu Inu (Japanese dog) as its logo. Dogecoin’s casual presentation suited the mood of the burgeoning crypto community. Its scrypt technology and unlimited supply was an argument for a faster, more adaptable, and consumer-friendly version of Bitcoin.

Dogecoin is an “inflationary coin,” while cryptocurrencies like Bitcoin are deflationarybecause there’s a ceiling on the number of coins that will be created. Every four years the amount of Bitcoin released into circulation via mining rewards is halved and its inflation rate is halved along with it until all coins are released.

By its first birthday, Dogecoin had a market capitalization of $20 million and a loyal fanbase.2

Controversy Takes Some Fun From Dogecoin

The freewheeling fun of Dogecoin lost some of its mirth in 2015 as the crypto community, in general, started to grow more serious. The first sign that not all was well with the Dogecoin community was the departure of Jackson Palmer who has said that a “toxic community” had grown up around the coin and the money it was producing.1

One member of that toxic community was Alex Green, a.k.a. Ryan Kennedy, a British citizen who created a Dogecoin exchange called Moolah. Alex Green (his pseudonym) was known in the community as a lavish tipper who reportedly mistakenly gave $15,000 instead of $1,500 to the NASCAR fundraiser.9

Green’s exchange convinced members of the community to donate large sums to help fund the creation of his exchange, but it later surfaced that he had used the donations to buy more than $1.5 million of Bitcoin that in turn bought him a lavish lifestyle. Separately, Kennedy was convicted in 2016 of multiple counts of rape and sentenced to 11 years in prison.10

Join Us On Social Media

We utilize cookies to improve our site and your experience when using it. To find more details, and to know how we obtain, store, and work with your personal data, check our Privacy Policy page

This website uses cookies so that we can provide you with the best user experience possible. Cookie information is stored in your browser and performs functions such as recognising you when you return to our website and helping our team to understand which sections of the website you find most interesting and useful.

Strictly Necessary Cookie should be enabled at all times so that we can save your preferences for cookie settings.

If you disable this cookie, we will not be able to save your preferences. This means that every time you visit this website you will need to enable or disable cookies again.